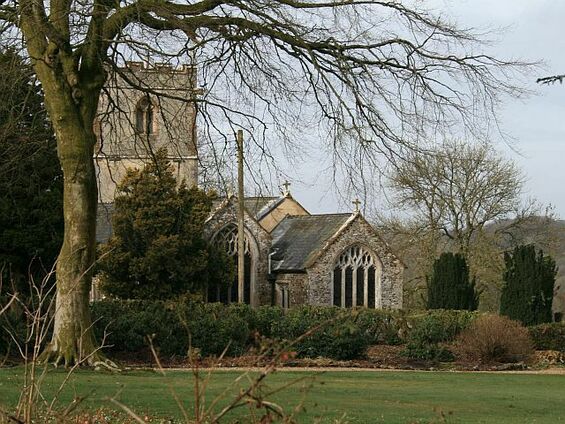 Church of St Peter and St Paul, Churchstanton - c/o Hugh Craddock
Churchstanton is a parish in the Blackdown Hills situated in Somerset on the Eastern Devonshire border.

Churchstanton was in fact transferred from Devonshire to Somerset in 1895 - this coincided with local government re-organisation and when the Parish Council was formed.

​Historically, Churchstanton was a scattered community with a population of about 300, rising to over 500 by 1800. In the mid 19th century, the flax mill in Stapley (for which a considerable acreage in the parish was used to grow flax), became a silk  mill. The increase in employment led to an population peak at about 1,000 residents.

There was once a single room school in the churchyard of the Parish Church.  However in 1879, the existing primary school was built at Cox Hill for 130 children. With the closure of the mill, the population declined and reduced to only ~350 in 1910.

Churchinford is now the principal village in the parish, and is notably where six roads meet.  It remained relatively small until the latter half of the 20th century. The successive building of Wellesley Way, Fairfield Green, the Trents Farm redevelopment and latterly Barn Close and Drake Meadows have now made Churchinford the main centre of population of the parish.

The Village Hall, Churchinford Pre-School, the Community Shop, the York Inn and the new Public Open Space are all here.

The Women’s Institute, the Golden Age Club, the Blackdown Hills Gardening Club, the Monday coffee mornings and monthly Film Club, Over-65’s lunches and Village Market, all in the Village Hall, make for a lively community, while the cricket and football club is a mile out from the village.